The Other Writer's Block - The One That Keeps Us From Writing

Don’t let anyone tell you that writer’s block isn’t a thing.

Writer’s block is a lot of things. For some people it’s an excuse not to write. But sitting in front of the computer with a mind as blank as the page…that’s the real deal.

There are legitimate reasons you may be struggling to write. Some are logistical—kids, day jobs, school, all of the above. Some are psychological—fear, self-doubt, self-criticism (do you see a theme here?), and even stress and depression. This doesn't even account for actual problems in your scene or plot that are making roadblocks. These are genuine issues, and “just suck it up and write” is not always the best advice.

So, I polled some of the members of the DFW Writers Workshop with the question, “What do you do when your mind goes blank while you’re staring at the blank screen?” and got some great, practical advice on ways to address the underlying problems of this mythical thing call “writer’s block.”

• I talk out the story with actual human beings. I don’t actually need or want their input, I just need a friendly face to nod while I think out loud.
• There are two kinds of writer’s block—the lazy kind and the creative kind. For the lazy kind, there’s no solution but to stop making excuses and get to work. With the creative kind, I’ll talk a break from it and do something else for a while, or talk about the story with someone.
• I take a shower. Something about the white noise, I guess, but I get great ideas in the shower. Also, I think it’s helpful to go back and read something I wrote before and remind myself while I love to write in the first place.

An editorial interjection here: I think this is a really good point. Frustration and self-doubt is a vicious cycle, and when you’re slogging through the endless middle of your manuscript, it is important rediscover the joy of it, whether it’s by reading old stuff you wrote that you love, or indulging in a day of writing something no one will every see but you.

• I go for a walk. Change the scenery and clear my head.
• I write to soundtracks, and I have one for each project, so I’ll put the music on and get into the soundtrack zone. I like movie soundtracks. Anything with lyrics is distracting.
• I also go for a walk—outside. The treadmill doesn’t work. Got to get out of the house.
• (In response to the above) I like to stay at my computer so I’m ready for when I hit the zone, and I can get typing right away.
• I also write to soundtracks, and I once I get the right one picked out for the book, I just play it on repeat. Eventually I can put it on and it’s like a conditioned response—boom, in the zone.

This was interesting to me: everyone I polled was quick to answer, and knew what worked for them, but some people were much more analytical than others.

• I go back to my reference and planning material. I tend to plan out the whole book, but improvise at the scene level. If I’m stuck in a scene, I realize I may need to plan or analyze the next step a little more before I go on.
• I write the first sentence of the next chapter. Knowing it needs to set up the scene and immediately draw the reader in, I make myself do that much before I can stop. Usually by the time I’ve put the work in to make it a good first sentence, I’m warmed up and just keep going.
• I start by typing the question “What do I want to get out of the scene?” and then type the answer—what needs to happen, what mood I want to set, how I want the reader to feel at the end of the scene, want do I want to accomplish. Like someone said, once I’ve started typing and thinking, I’ve gotten into it and can keep going. I hit return a couple of times and go right into writing the scene.
• I do something similar. I write “I am having trouble with…” and write out where I’m getting stuck. It makes it into a problem to be solved, and within a couple of paragraphs, I can see the solution. Also, I have to do it by hand. I associate the computer screen with editing, and so I feel more creative when writing by hand. And writing in pencil signals to me that I can erase anything that I don’t like and I’m free to make mistakes, and the words just start to flow.

This pencil thing made my night, just knowing that someone else has this irrational fear of doing it “wrong.” (Like I’m not going to rewrite the scene five times anyway.) 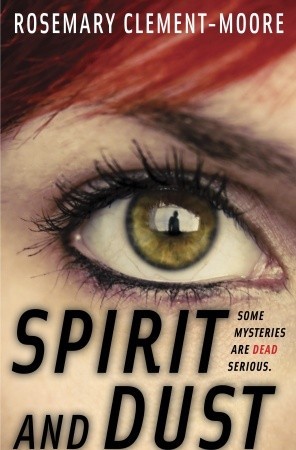 No matter how it feels when you’re beating your head against the computer screen, there are no unique problems—even the ones that sound completely crazy.

To all these great tips, I want to add this: when you’re stuck, cut yourself some slack. Sometimes what you need to "break a block" is a Murder She Wrote marathon on the Movies and Mysteries Channel. The scene will still need writing tomorrow.

It’s important not to judge yourself by anyone else’s standards. Everyone writes differently. Some people plot, some people freewheel. Some write fast, some write slow. Some write everyday, some write in blocks on the weekends. Some write through blocks, some analyze through them, some clear the decks and come back fresh. Remember there are reasons for being stuck, and there are excuses for being stuck. The difference lies in whether we keep trying things until we’re unstuck, or let the excuse become the only story we tell.

She lives in Texas but her dream is to move to a cottage. Or maybe a castle. It doesn’t have to be fancy, as long as it has wi-fi.