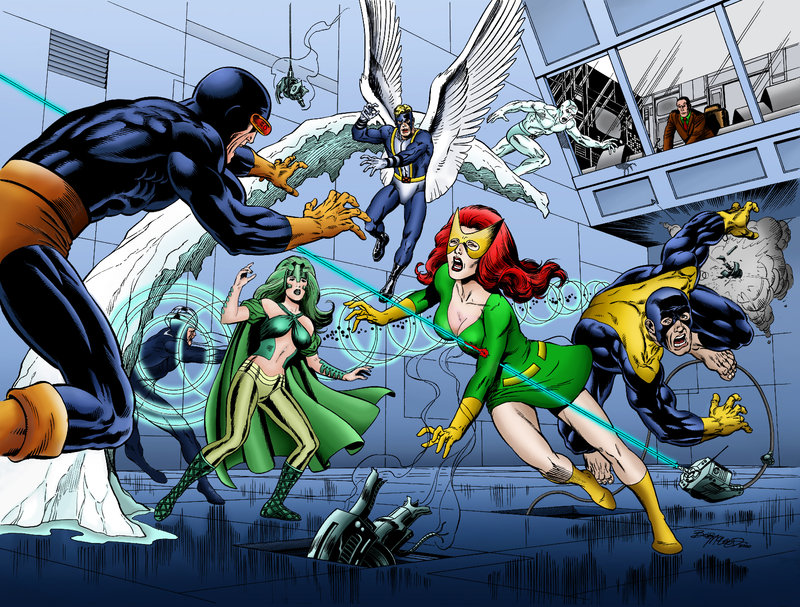 You have two or more characters in a scene talking about something. Maybe it’s the plot. Maybe it’s character development. Maybe it’s just a scene conveying their growing friendship or burgeoning antagonism. Whatever the purpose, you end up with what amounts to pages of dialogue without much else. The dialogue might be great and the scene might get everything you want done. But it’s still a bunch of talking heads in a nondescript, uninteresting setting.

One of my biggest influences as a writer is the comic book medium. Before I knew I wanted to be a writer, I read comic books. Specifically, superhero comics, though I occasionally dove into Transformers or humor titles like “Groo the Wanderer.” While comic books and novels are different media, there is certainly a crossover in the danger of talking heads. While you can sometimes get away with it in the novel, comic books that are only drawings of faces and dialogue bubbles aren’t generally well-received. There are exceptions to the rule, but even in the world of comic book superheroes, you can’t have every discussion take place during a fight with a supervillain or a natural disaster.

The answer is baseball.

The X-Men love baseball. Or basketball. Really, any sport where characters are moving around, get to show off their powers, and discuss their relationships works. This is why the infamous Danger Room was invented. It’s not because it makes sense for the X-Men to train in a room that simulates peril. It’s because it’s a great place for characters to do super things while hashing out their problems.

Basically, doing ANYTHING is better than doing NOTHING, and the goal of that anything isn’t to distract but enhance. If that anything manages to shine some extra light on the characters in some way while we’re at it, so much the better.

Iron Man talks while building a thing. Captain America talks while doing gymnastics. Storm is gardening and makes it rain. Wolverine sits at a bar, drinking and smoking and being rough. In almost any scene, you can have it take place someplace more interesting, giving your characters more to do than just talk at one another.

Granted, you may not have a Danger Room with crushing walls in your story, but there’s almost always some way to play ball, so to speak. Even if that is, well, just playing ball.