At the DFW Writers' Workshop, we are writers helping writers. Since 1977, our workshop has helped writers of all genres and experience levels to produce and promote professionally published work with weekly read-and-critique, educational activities, ongoing author support, and networking opportunities. Our welcoming and inclusive atmosphere has helped hundreds of authors develop their craft creating a culture that pays it's experience forward.

For the next series of blog posts, DFW Writers' Workshop will continue to 'pay-it-forward' by featuring our own authors discussing and dissecting the skills they've honed over time.

Over the years I have had the privilege of learning from some of the coolest, most talented indie and traditionally published authors. Recently, I was re-blown away by the skillful imagination of workshop member and horror author, Russell C. Connor. His mastery of voice and his precision of point of view makes for an immersive story - and need to read with the lights on. 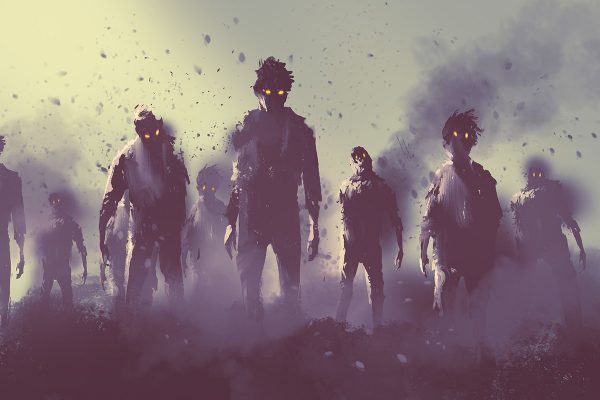 In My Head: The Art of First-Person POV

I’m always surprised by the number of writers who tell me how much trouble they have writing in first-person perspective. I feel like all my best work has been in first-person. It’s an incredibly freeing experience to be able to focus on just one character instead of an entire roster. You can really sink into a narrator’s head…put on their skin…become them. When I write first-person, I feel like the story is happening to me, which comes out in the work. And for holding readers in thrall, first-person POV beats third every time, especially in the suspense genres; it’s the difference between a friend telling you what happened to someone else, and telling you what happened to them, personally. Firsthand accounts are always more exciting.

But it does take effort. Here are some of the methods I use to ensure my first-person writing leaps off the page:

Not every story lends itself to the first person POV. In fact, it can be very limiting sometimes, because there are no escape hatches. When I’m writing a third-person novel and things start going stale, I can always pull the rip cord and jump to a different character to spice things up or approach a plot problem from a different angle. With first-person, it’s just you and your main character, and you have to find a way to get them involved in every situation you want the reader to experience. I know some writers will use multiple first-person POVs in a story for this very reason, but that comes with its own challenges. Since your go-to pronoun is always ‘I’ in first-person, you end up working even harder with multiple perspectives to make each of them distinct and clear to the reader. You also need to be cautious about overlapping narratives; readers can get bored very easily viewing the same situation over and over again from different POVs unless you’re clever about it. For all these reasons, I tend to do more plotting and outlining with a first-person novel, to be sure I’ll be able to carry it all the way through to the end.

Take Advantage of the Mental Playground

When writing in first-person, the character doesn’t just live in your head; you live in theirs also, as will the reader. A person’s mind is so expansive, with so many thoughts and dreams and memories. We fantasize, we talk to ourselves, we think horrible things that we would never admit to anyone else. Find ways to explore that playground in your character’s head as your narrative goes along. I love to think up different personalities for my first-person characters so they can argue internally with one another; it can add tension in moments where the action might be slowing, and help readers understand your character’s thought processes.

Be a Keen Observer of Human Behavior

As I said, it’s freeing to be able to focus on only one character in a first-person narrative, but it also means you can’t give your readers much about how the other characters are feeling. Your only option is to convey their emotions through the actions that your narrator observes. We are such social creatures that sometimes we don’t even realize all the behavioral cues we constantly interpret from the people around us. Find ways to have your non-POV characters exhibit actions that give your narrator clues to what they’re thinking, which can then be fodder for their internal debates.

Consider Tense as Well as Perspective

Now I’m going to say something that might be like fingernails on a chalkboard to some of you: try writing first-person present tense POV. I know present tense annoys a lot of writers and can lead to some awkward sentence construction, but nothing makes a story feel more vital and immediate than a narrator who’s describing events as they happen. It might be just a mental thing, but, for me, I find the writing flows faster as well, and takes on a breezy, lean quality, because there’s no time to stop and pontificate on events for too long. Be cautious though; I’ve found that present tense completely rewires your brain until it’s very difficult to go back to writing past tense.

So next time a piece isn’t working for you, consider taking a dive into your main character’s head and reimagining the plot through their eyes.

Russell C. Connor has been writing horror since the age of five, and is the author of two short story collections, five eNovellas, and fourteen novels. His books have won two Independent Publisher Awards and a Reader’s Favorite Award. He has been a member of the DFW Writers’ Workshop since 2006 and served as president for two years. He lives in Fort Worth, Texas with his rabid dog, demented film collection, mistress of the dark, and demonspawn daughter.