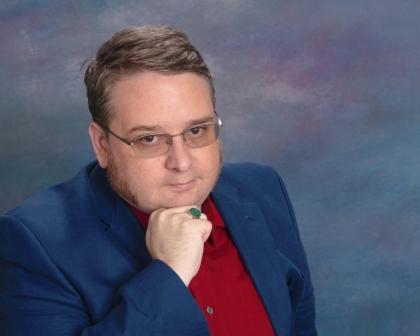 I'm pretty sure every person who has ever seen more than one children's picture book has thought, “I could write something better than this garbage,” because a lot of picture books are awful.

And it might be true. But it's probably not as easy as you think.

Since I've sold some picture books, lots of people think I'm an expert. I'm really not, but I know a little bit. And today, I'll share almost all of it with you.

First, picture books are fairly easy to write. My first sold manuscript was less than 400 words. The next one was about 600. None of the agents or editors I've ever spoken to wanted anything over 1,000 words.

In terms of raw word count, this blog is going to take more effort than most picture books.

The writing is also really simple. You're literally writing for people who read on a first-grade level. If you can handle that, you can probably write a picture book as bad as all the garbage that inspired you to write.

Second, picture books are kind of hard. All the stuff I just told you constrains your writing. You can't just throw more words at a story problem.

If you want to write a good picture book, every sentence has to earn its keep. Every paragraph has to do multiple jobs. You need to flesh out several characters enough to make them compelling. You need a plot deep enough to be interesting — more than just a string of funny scenes.

You need to make it accessible to a child. You'll get bonus points if you also make it interesting to adults.

Third (and this is something I'm still working on), you're not alone. You have an illustrator. Unless you're one of those disgustingly talented people who writes AND illustrates really well. But even you over-gifted people need to pay attention.

A lot of those picture books you thought were lame had the same problem — the illustrations just illustrated what the narration described. They were boring.

A good picture book has layers. The writing tells part of the story, and the pictures tell part. In the best books, they add up to more than the sum of their parts.

On the writer's side of the equation, that means learning what you need to say to move the story forward and what can leave to the illustrator. It's not just scene descriptions. A good illustrator will flesh out your story and paint in the fine details of character and plot that you don’t have time for in your paltry 1000 words.

But you have to make your writing evoke the rest of the story in the illustrator's mind.

I liken it a little bit to poetry, where the language also conjures up images and associations without explicitly naming them.

Fourth, I only barely understood any of this when I started, but I'd had the fortune of taking a class on Children's Literature since it filled an empty slot in my college schedule. My professor taught me the basics of what will appeal to kids. If you've got this down, you have a head start on everybody else.

So there you have it. Of course, there's still a lot more to learn, but that's about what I knew when I got started. The main thing is to love what you're doing. Write picture books because you want to tell stories to children.

David Goodner writes children's books and watches too much TV in Arlington, Texas. He's been a member of the DFW Writer's Workshop since 2012. His first book, GINNY GOBLIN IS NOT ALLOWED TO OPEN THIS BOX, comes out on July 17, 2018.