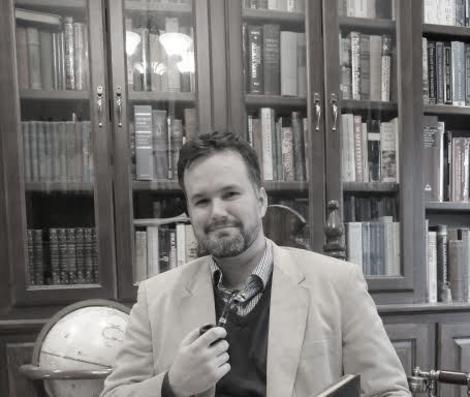 So you finally submitted a manuscript to that agent you’ve been creepily stalking online for months and she responded with a “thanks but no thanks . . . but mainly no thanks.”  What now?

First, what do I mean by ‘rejection?’  The word ‘rejection’ derives from ancient Sanskrit - rej, meaning ‘female’ and ecton, meaning ‘turns you down for the Wilco concert.’  Rejection comes in all shapes and sizes and I’ve experienced them all, but for now I’m only addressing when an agent or editor passes on a piece of writing you pitched to them for representation (if you’re looking for help handling dating rejection, I still haven’t gotten over some of those from 20 years ago).

If you’ve been doing this writing thing for any amount of time, then you’ve suffered the sting of rejection and have probably been consoled by anecdotes of successful authors who have famously undergone similarly crippling rejections.  Like J.K. Rowling, who was rejected by 405 publishing houses before finally breaking through with her debut novel (Barry-something), and who today owns 3/4 of England.  And Agatha Christie, who suffered through five years of rejections before eventually taking her revenge by elaborately murdering each of those editors one by one at a dinner party.

While such tales provide some comfort, you’ve sweated and bled onto this manuscript for months, or more likely, years (you might want to print a clean copy), so surely everyone who simply takes the time to read it will marvel at your genius and will hand you a cloth sack with a dollar sign printed on the side, right?

Well, not so much.  Think back to the traditionally published books you’ve read.  How many have you not liked?  Hated?  Given up on?  Yet all of those writers found an audience somewhere.  I once quit on a wildly popular novel during the final chapter (I won’t name names, but let’s just say I had a divergent opinion from the mainstream).  How much do you have to hate a book to just give up with only like ten pages to go?  Well, the author of that particular series is sitting on a beach somewhere lighting cigars with first editions of Ulysses and eating beluga sushi, or whatever it is rich people do, I wouldn’t know.

If an agent or editor rejects your work, it generally means one of two things: A) the writing’s fine, but he/she’s just not that into you.  Maybe that agent already signed a manuscript about a crime-solving penguin that week, and simply can’t take on a second, or B) you’re a lousy writer with nothing to contribute to the world and no one will ever love you.

In either case, the only thing to do is to keep sending queries and keep writing.  If that agent just isn’t digging what you’re selling, then maybe the next one will, and if not her, then the next one, and so on.  If the issue is that you’re a terrible writer (and let’s not fool ourselves, that might be it) then the only way to get better is to practice arranging words in different combinations until you unlock the secret code of not sucking.  Keep working on your next project.  More writing floats all ships.  If you just need to get better, it’s practice.  If you need to test that same agent who seemed very close to signing you last time with a new work then this fits that bill too.  Plus, what else are you going to do to fill the months in between Game of Thrones seasons?

Here are some ‘dos and don’ts’ of rejection for your reference:

Rejection stinks and it’s deflating and demoralizing, but it happens in this industry, and in any creative industry.  The only true measure of control any of us have is to keep at it.  So suck it up and keep writing. Or don’t. Do what makes you happy.

By day, David Jones fights evil as a Dallas lawyer. His legal writing, both fictional and non-, can be found in numerous successful appellate court rulings across Texas. With a specialty in construction and real-estate law, David has also published legal articles for several Texas-based builder and real estate magazines.

By night, David creates evil as a science-fiction and fantasy writer. He runs a (fake news) sports blog called White Glove Sports and has self-published the first of a three-novel science fiction epic entitled Children of a Doomed Sun.

David now resides in Grapevine, Texas with his wife Shannon, twin daughters, and a circus of animals, each more worthless than the last (the pets, not the wife or kids, well kind of the kids).