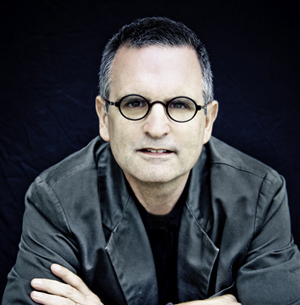 Gilbert King, who won the Pulitzer Prize for his book Devil in the Grove: Thurgood Marshall, the Groveland Boys, and the Dawn of a New America, will speak at the J. Eric Jonsson Central Library on Thursday, July 21, at 7 p.m.

The event is free, but space is limited. Guests are asked to RSVP at www.fodpl.org. King’s appearance is part of the Pulitzer Prize Centennial Campfires Initiative, a series of events around the country marking 100 years of the prestigious award.

The landmark book details the story of four young black men falsely accused of raping a 17-year-old Florida woman in 1949, and civil rights attorney Thurgood Marshall’s courageous struggle to exonerate them amid a backdrop of violent racism. Marshall later became the first African-American to serve on the U.S. Supreme Court.

New York Times columnist Thomas Friedman praised the book as “must-read, cannot-put-down history,” while the Pulitzer Board, in awarding the 2013 nonfiction prize, called it “a richly detailed chronicle of racial injustice.”

King, 54, a native of Schenectady, N.Y., has been a writer, editor and photographer. His previous book, The Execution of Willie Francis, tells the story of a 17-year-old Louisianan convicted of murder who survived the first attempt to electrocute him, and the legal battle to carry out the sentence a second time.

Friends of the Dallas Public Library is a nonprofit, nonpartisan organization that advocates for and enhances the education programs of Dallas’ 29 public libraries. FODPL is sponsoring the event in partnership with Humanities Texas, a nonprofit educational organization based in Austin and affiliated with the National Endowment for the Humanities. The Pulitzer Prizes, named for famed newspaper editor Joseph Pulitzer, have been awarded annually since 1917 to honor excellence in journalism and the arts.

The J. Eric Jonsson Central Library is located at 1515 Young Street in downtown Dallas, across the street from Dallas City Hall. For more information, log on to www.fodpl.org.