Posted on Press Center · February 27, 2015 4:30 AM
Two of DFW Writers' Workshop's own -- Rosemary Clement-Moore and Jenny Martin -- will join with 40+ other authors at this year's North Texas Teen Book Festival on March 7th, 2015 at the Irving Convention Center.

Just because the year is petering to an end doesn’t mean DFWWW members hit the brakes. It has been (and will be) a busy finale to 2014.

Rosemary Clement Moore just arrived back from the Sirens Conference, where she was the keynote speaker. She had only good reviews about the attendees, the hosts, and the atmosphere. The conference focuses on women in fantasy literature, and is both an academic and networking retreat. She’ll be there next year too, so join her and enjoy the company along with the Pacific Northwest weather.

Meanwhile, member Harry Hall is gearing up for his November 13th book launch at the University of Dallas. Pedestriennes hit the shelves just this week, so grab your copy and catch him at his 7:00 pm reception and book signing in Haggar. An hour later, he’ll present in Lynch Auditorium and give away goodies from Luke’s Locker, Brooks, and Cassie’s Gourmet Popcorn. Details can be found here.

Finally, we will soon be waving our handkerchiefs at A. Lee Martinez as he departs on a quick trip to Chicago, where he’s the Guest of Honor at WindyCon. This conference, held November 14th-16th, is the oldest science fiction convention in the city and 1,200 attendees will pass through its doors to catch a glimpse of our very own.

So, there you have it…at least until Thanksgiving.

**UPDATE -- This workshop is FULL.  We are no longer accepting applicants.  Please email us at dfwwritersworkshop(at)hotmail to reserve your space for the next event.**

DFW Writers’ Workshop is very proud to announce the schedule for the 2014 Teen Writer’s Summer Workshop!  The best part of this announcement is….the workshop is completely FREE.

The scheduled events will take place at The Egg & I on Hwy. 26, from 12:30 to 2:30. Below are the dates and the list of speakers, who are all DFWWW members and traditionally published authors.  The sessions will include instruction and critique time.

With registration, teens will get a binder full of helpful advice. At the end of the workshop, an anthology will be created with their work. It will include a short story, excerpt, or poem that is polished during the six-week session. Each student will get a printed copy and may purchase as many additional copies as they’d like.  AND there’s a t-shirt, designed by our very own Sally Hamilton.

In short: THIS IS GOING TO BE AMAZING.

To register you must meet these requirements:

The schedule is as follows:

Short and Simple and Not So Easy

Posted on Press Center · March 11, 2014 9:21 PM
Who hasn't looked at something other than what you're writing and thought, “Why am I not writing that?”

I’m not talking about the shiny new idea that tempts you while you’re slogging through the Act II doldrums. I’m talking about the writing equivalent of staying up all night memorizing reagents for your Chem final while your roommate, the Radio TV Film major, watches movies for her homework.

Whatever this thing is, it’s shorter than what you write. It’s simpler. It has less parts. So you ask yourself, “How hard can that sci fi short story/romance novel/sitcom script be?”

When I signed on to write a contemporary romance novella (Passionate Persuasion, available now at any ebook retailer for the low, low price of 99¢), I thought: Only twenty thousand words?  Only one plot line? That will be easy.

Not because my books share shelf-space with Twilight, or because I’ve won the Romance Writers of America’s RITA® award. (Do you like how I worked that in there?) I know that writing romance is just as challenging as any other genre.

But it turns out that writing short and streamlined is hard.

Keeping it short: Shorter may be easier on your carpel tunnels, but it’s not necessarily a rest for your “little grey cells,” as Hercule Poirot would say. Every word has to count.

Think about writing a Tweet describing a funny encounter you had at the grocery store. In 140 characters, paint a picture of what happened. Now make it entertaining, with some kind of satisfying take away. There’s a knack to making more with less.

Keeping it simple but satisfying: With a small number of words to get the job done, you need a very straightforward through-line. I learned from watching Top Chef that if you throw in too many ingredients into one dish, nothing stands out. And who wouldn’t prefer a well-cooked meal of bacon and eggs than poorly prepared Eggs Benedict with reconstituted hollandaise sauce? (Now I’m hungry.)

Simple, like short, takes a lot of discipline. It doesn’t sound difficult--just come up with a great idea and don’t smother it!  But then I ran into the next thing.

Keeping it what it is. Writing a realistic story is not easier just because it has fewer elements (i.e., mystery and supernatural) to juggle. In fact, as much as I love to write sexual tension and romantic banter, I found it very challenging to keep the tension high when all I had to work with was the characters and their baggage.  Normally when energy sags, a ghost shows up, or the intrepid girl detective gets hit on the head. Heroine getting on too well with the love interest? Gosh, I hope he’s not secretly a vampire.

Genre plots supply complicating elements. But in a contemporary romance, the conflict has to come from the hero and heroine’s situations, psychology or backstories. The hard part is not keeping the couple apart, it’s making sure their primary conflict isn’t stupidity. (I imagine a literary story has it’s own unique problems within the constraints of reality.)

All characters need realistic and relatable motivations, of course. But in the limited space of a short story or novella, you don’t have the luxury of more plot elements or extra chapters or surprise vampires. (Well, maybe surprise vampires.)

The answer to “How hard can it be?” then is, “The same amount of hard as anything else.”  Writing is a challenge but (hopefully!) rewarding, and every project—short, long, genre, literary, whatever—has unique challenges. So go conquer them!

Queries, Loglines, and Pitches, Oh MY! 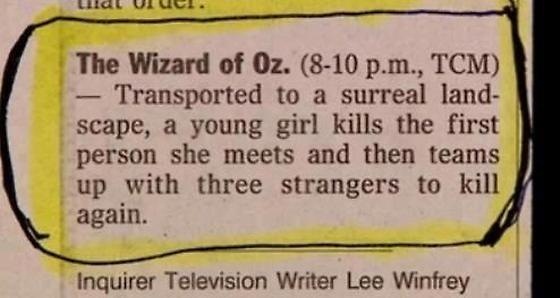 DFWWW member Rosemary Clement Moore is hosting a class which can take your query letter and pitch to the next level.

If there's a secret formula to a winning logline, Rosemary would have it.  She sold the very first book she ever wrote.

The class is all online and runs June 17-24th.  You can register at yarwa.com/programs.  (This program is through the Romance Writers of America Young Adult Special Interest Chapter.  If you don't write YA or romance, don't let that stop you from registering.  Rosemary's invaluable advice doesn't discriminate.)

The cost for non-members is $20, and Rosemary promises a ton of interaction and feedback. 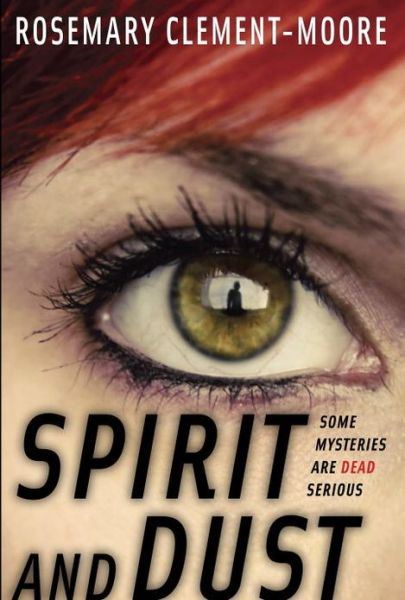 DFWWW member Rosemary Clement-Moore's latest YA novel, Spirit and Dust, will hit the bookshelves on May 14th.  The novel already has a glowing Kirkus review, which reads, in part:

"A CGI-ready climax pulls together all the metaphysical building blocks laid down in this mystery's tight worldbuilding (not to mention mummies, ghosts, animated tattoos and a bonus dinosaur). This likable, uber-competent heroine's adventure combines elements of paranormal romance and fast-paced thriller, while Daisy herself resembles a Southern teen version of supernatural PI Harry Dresden from Jim Butcher's best-selling adult series. Another smart Goodnight caper."

Of course it's smart!  It's Rosemary's.

A Festivus for the Rest of Us

What:  It's open to  all -- aspiring writers, lovers of YA literature, and old school groupies.  The list of confirmed authors is extensive, and includes DFWWW members Rosemary Clement-Moore and Jenny Martin.  It’s a full day of panels, readings, book signings, and more.  Even better – it’s in town, and it's free.

Posted on Press Center by Stephen Manning · January 13, 2012 5:50 AM
A. Lee Martinez received the advance copy of Chasing the Moon and the German edition of Automatic Detective & Nameless Witch.

Rosemary Clement-Moore is the guest speaker at the Yellow Rose RWA this Saturday January 14th from 10am to 12:00. The meeting is held at the City of Grapevine – Merlot Room, 4500 Merlot Avenue, Grapevine, TX. She will be teaching ‘Method Writing’ which uses actor’s tools to enrich your writing. It’s free. www.yellowroserwa.com

We have entered into negotiations to find a new meeting space. While this process is in the works, it will take some time for us to secure a spot. We'll try to keep you updated!