Enough is not Enough

Posted on Press Center · May 14, 2013 11:02 AM
If you didn't get your fill of eachother at our amazing DFW Writers' Conference, then look no further than around town for some more excuses to hang out in the name of writing.

Coming up this summer...the LexiCon Writer's Conference in Denton, TX.

This conference has a nice list of classes and speakers, but none more exciting than DFWWW member Harry Hall.  He'll be talking about researching historical fiction and non-fiction, and we suspect he might tell a joke or two along the way.  That alone makes it worth the trip.

The conference is scheduled for July 12-14, 2013 and offers group rates.  Any other information you're craving can be found by clicking here. 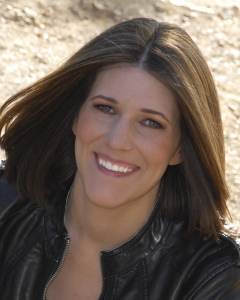 DFWWW member Jenny Martin is pounding the pavement ahead of her debut book's release.  Dial/Penguin will bless the masses with Tracked during the summer of 2014.  In the mean time, catch her and a handful of other up-and-coming YA authors at the Grand Prairie public library.


There will be a panel discussion hosted by award-winning author John Corey Whaley.  The authors will talk about their journey from blank page to their first print run, and share the inside scoop on their upcoming books.  Others joining Jenny include:

Making it on Your Own

Posted on Press Center · February 26, 2013 12:59 PM
The Press Club of Dallas is offering a half-day workshop called Becoming the Ultimate Freelancer.   This might be a fabulous way to spend part of your weekend if you're partial to journalistic endeavors.

Details are below, but catch member Harry Hall on Wednesday if you want a first hand account.  He's been before and and he'll be going again.  Remember - the proof of the pudding is in the eating!

More info on the presenters and ticket sales can be found here: http://pressclubdallas.com/becoming-the-ultimate-freelancer-workshop-march-2nd/

Back to (High) School

Markus Zusak, bestselling author of The Book Thief and I Am the Messenger, almost slipped past our radar.  He's sneaking into town for the Highland Park Literary Festival – and that’s no small feat considering the steroidal pond he has to hop over on his way from Sydney, Australia.

The festival itself is put on predominately for Highland Park high schoolers.  If you're one of those, you're a lucky duck.  The workshops and supporting presenter list is fantastic.

For the rest of us who bid farewell to our teenage years a while ago, we can still catch Markus’s keynote speech during the Thursday night event.  It’s open to the public, and it’s free.  Who doesn’t like to hear that?

The details are as follows:

A Festivus for the Rest of Us

What:  It's open to  all -- aspiring writers, lovers of YA literature, and old school groupies.  The list of confirmed authors is extensive, and includes DFWWW members Rosemary Clement-Moore and Jenny Martin.  It’s a full day of panels, readings, book signings, and more.  Even better – it’s in town, and it's free. 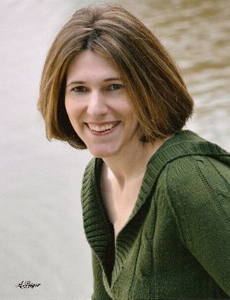 DFWWW Member Jenny Martin, who has a two book deal with Penguin, the first of which is due in 2014, will be teaching a free 2-part class at the Allen Public Library.

The first class will focus on the craft of writing, while the second will unlock the mysteries of publishing.  Don't miss it --  especially if you’re searching for some pointers on finding your voice, or want an insider look into the world of agents, editors, and contracts.  And if you think you've already got a handle on all that, remember what good ol' Daniel J. Boorstin said:  "Education is learning what you didn't even know you didn't know. "  In other words, come enjoy anyway.

The hard and fast facts are...

It’s FREE.  (Did we already mention that?)

Jonsing for a little free education on the craft of writing?  Look no further than the northwest campus of Tarrant County College (Fort Worth, TX).  They're offering the NW Marine Creek Creative Writing Conference to all who are interested at absolutely no cost.

Registration opens for 2011 DFW Writers' Conference! Save your spot now!

Posted on Press Center by Stephen Manning · February 13, 2010 12:04 PM
The 2010 DFW Writers Conference has sold out two months in advance of the event. In response to this overwhelming demand, the DFW Writers' Workshop has decided to open registration early for the next installment, which takes place Feb. 26 & 27, 2011 at the American Airlines Training and Convention Center in Fort Worth.

We're moving up to a bigger venue so we can accommodate higher attendance. The AATCC is a fantastic facility, complete with a tavern, fitness center, lounge and hotel rooms all right there in the center. For more details, check out its web site.

Planning for 2011 is already well underway. We'll have more than 10 literary agents, a great keynote and an impressive lineup of speakers once again! In the meantime, if you want to reserve your space and get to the front of the line for a consultation with an agent, you can register now.